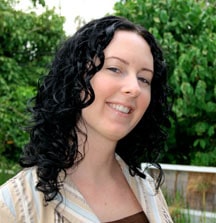 I want to nominate my hero and my wife, Jessica LeRoy.

She had quite the tumultuous childhood rife with abuse, domestic violence, alcoholism and drug abuse. As a teenager she fell into drugs, alcohol, and ditching of classes. She had a great time in high school since it was one big party to her. When she made it to her senior year she was informed that she would not be graduating because she had failed too many classes.

That was a very pivotal point in her life.

It was proof as to how she felt about herself on the inside: stupid, worthless, and a failure. She ended up just barely graduating from high school, and then went on to a community college. From there she transferred to the University of Southern California where she was on the Dean’s List every semester, graduating with honors and a GPA of 3.8. Although the entire time she felt like a fraud. Afraid someone would find out she was really the loser she felt like.

A few years later after working at an art gallery and then in the entertainment industry, she started to volunteer at a domestic violence shelter. She decided that this is what she was meant to do. She went back to school and received her Master’s degree in Clinical Psychology from Pepperdine University. When she thinks back on her history she is shocked that she was a girl who barely graduated from high school and now has a Master’s Degree with honors.

From there she started her private practice as a psychotherapist specializing in the Psychology of Women (www.jessicaleroy.com) and had a full case load within the first 4 months of opening. Currently, she is the Clinical Director of a center for women that she created. The goal of her new center is to help empower greater numbers of women to experience the quality of life they are striving for.

What she realized through her history and career path was that the chaos in her childhood and her own struggles with failure made her who she is today. She would not be able to do the work she does helping other women had she not struggled herself. I am sure there are still times she feels that someone is going to pull back the curtain and reveal that she is “failure,” but that it is not who she is anymore.

I am very inspired by my wife and think her story will be inspiration to others as well.