Senegal: Research Group on Women and Laws in Senegal 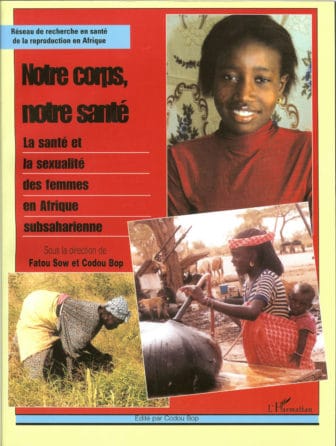 Translation: Our Body, Our Health: Sub-Saharan Women’s Health and Sexuality

The Research Group on Women and Laws in Senegal (Groupe de Recherche sur les Femmes et les Lois au Senegal, or GREFELS) published a book inspired by Our Bodies, Ourselves for French-speaking Africa in 2004. A second printing soon followed.

The primary objective was to develop a resource that would encourage African women to take charge of their bodies and their health. One of the book’s main focuses is on attitudes toward women’s bodies, including “the representations men and women have about women’s bodies, health and sexuality, about the way women’s bodies are used, taken care of, dressed, and/or violated.”

This book is considered an invaluable tool across sub-Saharan Africa, reaching readers in 21 countries. Requests for copies have come in from women and their health care providers from as far away as Canada and the Caribbean. The OBOS Global Initiative helped increase access to “Notre Corps, Notre Santé” by distributing copies to organizations in the United States and in other countries, and by posting excerpts online.

Jane Pincus, a co-founder of Our Bodies Ourselves, wrote a blog post about meeting GREFELS member Codou Bop, a Sengalese human rights activist and coordinator of the Our Bodies, Ourselves project, as the 10-year process of developing “Notre Corps, Notre Sane” was coming to an end.

“It was thrilling to see the final typewritten version awaiting printing and publication that she had brought to the Utrecht (Netherlands) meeting,” wrote Pincus.

Bop attended OBOS’s 40th anniversary symposium in 2011 and took part in a panel on building power and brokering change, which can be viewed online.

The following French chapters are posted as PDFs.

In addition to publishing “Notre Corps, Notre Santé,” other publications include “Women of the World: Laws and Policies Affecting their Reproductive Lives, Francophone Africa” (1998), published in partnership with the Center for Reproductive Law and Policy in New York, and “Women’s Reproductive Rights in Senegal: Implementation, Enforcement, and the Reality of Women’s Reproductive Lives” (2000), a shadow report presented to the United Nations Committee on Economic, Social and Cultural Rights at its 26th session as a supplement to the periodic report of the Government of Senegal.

GREFELS is a member of Women Living Under Muslim Laws and has served as the coordinating office for Africa and the Middle East. The network covers 70 countries in Africa, Asia and the Middle East and provides information, support and a collective space for women whose lives are shaped by Islamic laws and customs.

GREFELS also operated the Senegal Feminist Forum, which, among other things, united Senegalese feminists — most of whom work alone or in small groups — to take collective action against patriarchy.