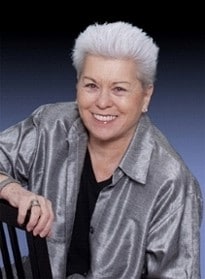 After a long time of working alone, Betty got a book published, “Sex for One – the Joy of SelfLoving,” which sold over a million copies and was translated into eight languages.

“For partner sex to be good, the woman must know what she wants and be able to show her lover,” says Betty. “Women have to teach men about female sexuality, not pattern our sexual desires on what men want. That’s the opposite of what typically happens – young men who know little or nothing about sex end up taking the lead, and young women blame themselves when they can’t have orgasms.

When Betty was 70, she started a live-in love affair with a 25 year old man and here is how she described the sex:

Betty keeps a very lively website www.bettydodson.com where she declares her beliefs loud and clear:

I know I have been nominated myself, and that I will never be voted in, but I think of all the people in the world who deserve to, it is Betty.