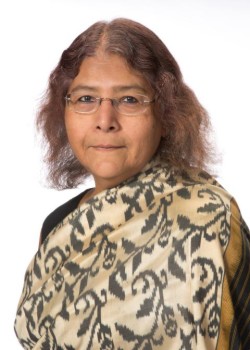 For any woman who grew up as I did in the decades of expanding women’s rights, the majority opinion in Dobbs v. Jackson Women’s Health Organization lands as a monumental act of antidemocratic backsliding. A high court of six men and three women, representing a small slice of this nation’s intellectual, moral, and gender diversity, has handed down a decision that rolls back 50 years of growing control by women over their bodies, selves, and life choices. It ignores advances in science and technology that have reshaped how we think about reproduction and the meaning of life, as well as the degree of control we feel entitled to exercise over aspects of biology that differentiate females from males. Grounding a decision in a perverse historicism—as if one can write into law attitudes toward life crafted centuries before current biological and social understandings—is a form of anti-intellectualism that has no place in democracies committed to protecting the lives and liberty of all their citizens.

That said, we who dissent from Dobbs must not fall into the traps laid by this Supreme Court and the cheering pro-life lobby by framing abortion solely as a biological choice. This is not a moment to be pressing for the right to terminate pregnancies per se, let alone for technological workarounds such as the morning after pill or medicated abortions, despite their practical appeal. We need more urgently to seize back the political discourse on life that has empowered this court to present a massively retrograde decision as if it stands on moral high ground.

The “life” the Supreme Court and its supporters presume to speak for is a life stripped of connection, purpose, and meaning. Dobbs reduces the cultural complexity of pregnancy, motherhood, and family to the right of each individual conceptus to be born alive. This reductionism flies in the face of women’s claims to equal opportunity, though they bear the greater burden of procreating and, often, of nurturing.

Rights, moreover, are not static principles, like preserved specimens pinned forever to the text of an aging parchment. Rights evolve. They are reframed in keeping with our knowledge, our capabilities, and our aspirations. It is this dynamism, the freedom to reimagine liberty and equality as knowledge advances and technologies change, that we must reclaim from Dobbs’ illiberal framing of what life truly means.

Where then to begin? Let us note, first, that Dobbs cuts against the grain of contemporary gender politics and visions of human progress in the Americas and the West. One after another socially conservative, majority Catholic country has moved in recent years to liberalize abortion laws to give more voice to women: Italy, Ireland, Argentina, Colombia, Mexico, Chile. European countries have long recognized that respect for developing fetal life need not be tied to punitive abortion laws. Germany is a case in point. Under German law, life begins at the moment of conception and the country’s Basic Law decrees that human integrity is inviolable. Nonetheless, Germany acknowledges that legal abortions are necessary to safeguard women’s health and well-being and recently eliminated a Nazi-era ban on providing information about abortion services. In the Netherlands, effective family planning and liberal abortion laws coexist with strikingly low numbers of unwanted pregnancies and abortions.

These powerful currents of liberalism demonstrate a growing unwillingness in progressive societies to let the biology of reproduction dominate women’s autonomy. They show that we can insist on modern rights: to have children we want and can care for, to not have children if that is our choice, and to takeback the night from the darkness of Dobbs through a politics that is both pro-choice and, in the fullest sense, pro-life.

Sheila Jasanoff is the Pforzheimer Professor of Science and Technology Studies at the Harvard Kennedy School.

3 responses to “Seize Back the Political Discourse on Life”