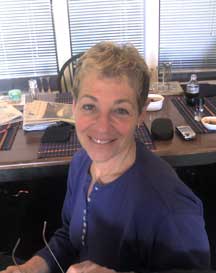 When Nurit Shein came to Philadelphia in 1993, the Mazzoni Clinic was a struggling nonprofit organization for those affected by HIV/AIDS.

Fourteen years later, she presided over the ribbon-cutting of the Mazzoni Center, a family practice clinic serving not just those affected by HIV/AIDS, but the whole LGBTI community of Philadelphia.

I can’t praise Nurit enough for the remarkable job she has done turning her organization into a leader in health care for all in Philadelphia. It might seem odd to have a women’s health hero whose organization first focused its resources on what was initially a health crisis affecting gay men. But Nurit quickly understood that HIV/AIDS was not just a gay men’s issue, and that sexual health needs of women were equally unattended by the health care community in Philadelphia.

Nurit is well respected by peers and colleagues, and is a shining example of what can be accomplished when passion is combined with commitment, courage, and managerial magic.

These paragraphs can hardly address her amazing accomplishment at transforming a besieged nonprofit into a national model for health care to an invisible and largely underserved population.  A peek at Mazzoni Center’s website (not to mention her infinite hits on Google!) speaks well to her role as the health care innovator I want to be when I grow up!