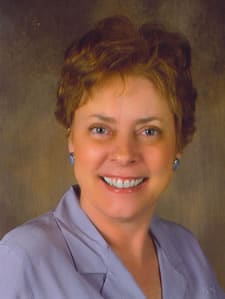 I am nominating Dr. Karen Hicks for her on-going dedication to improving women’s health and well-being, particularly as it relates to sexuality and reproductive health.

Dr. Hicks has been a sexuality educator for more than 20 years. She teaches Human Sexuality and Women’s Reproductive Health as an adjunct professor at both Lehigh University and Lehigh University.  In 1994,  Dr. Hicks authored one book on women’s health, “Surviving the Dalkon Shield IUD: Women v. the Pharmaceutical Industry,” and edited another, “Misdiagnosis: Woman as Disease.”

She started a kitchen table action grassroots action group of survivors of the Dalkon Shield IUD, which grew to 15 chapters across the United States and became the chief claimant’s voice in the courtroom during the A. H. Robbins bankruptcy case.  More than 200,000 women ultimately received modest settlements from the Dalkon Shield Trust Fund.

In 2004, she published an online Medscape CME course titled “Women’s Sexual Problems — A Guide to Integrating the New View Approach.” She also developed a successful online course titled “Ministry, Sexuality and Congregations” for the Center for Sexuality and Religion. She is currently a member of the New View Campaign, which advocates against the medicalization of women’s sexuality. She is also a member of the consortium on sexuality and aging.

Dr. Hicks is an activist, researcher and educator whose work has impacted the health and well-being of many women.  Her work on the Dalkon Shield IUD took her from the kitchen table to courtrooms and Congress. In addition to the classrooms and online courses noted above, she has also facilitated workshops on many topics related to women’s sexual well-being, including body image, teenage pregnancy prevention, menopause, and sexuality in aging and aged populations.  I believe she deserves to be called a “Women’s Health Hero.”