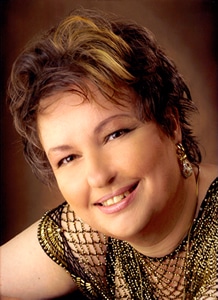 Jeannie May has been involved in support for people living with herpes for over seven years. She runs a herpes support line, provides support and information on her websites, blog, social network and a variety of forums.

She is always available 24/7 for anyone needing support, assistance and encouragement in coming to terms with having this incurable virus.

Jeannie actively promotes awareness in the media whenever she has an opportunity, including appearing on TV and talking about the fact that she has genital herpes herself. Her passion, dedication, courage and bravery have made her respected and admired within the herpes community and beyond.

Her willingness to talk openly about her experiences living with this social taboo has encouraged and empowered others to open up about herpes – it does not mean the end of a person’s love life as so many fear it is.

Her achievements are many:

The support she has given over the years has literally changed the lives of thousands. People come to her sites  seeking information and understanding. The wealth of down to earth information, support and positive encouragement takes people from feeling completely down and dejected, to feeling OK about themselves and hopeful about their life and future.

Jeannie has been called an angel, saviour and hero by many. The terms don’t sit comfortably with her – she does what she does because she can, and because there is a need. Her dream is to promote herpes awareness and understanding internationally until there is no stigma attached to the virus at all, until no one feels shame for having the virus, and until no one ever contemplates suicide because of it!

Jeannie is my hero because she saved my life.