I first met Codou Bop, in Utrecht, the Netherlands, in 2001 and felt instantly connected. We were both attending the initial international gathering of women translators and adaptors of “Our Bodies, Ourselves.”

As an integral member of the Research Group on Women and Laws in Senegal (or Groupe de Recherche sur les Femmes et les Lois au Senegal; the group is known by the acronym GREFELS), Codou (left) had coordinated a team to create the francophone African health book “Notre Corps, Notre Sante,” a 10-year-process that was finally coming to an end. It was thrilling to see the final typewritten version awaiting printing and publication that she had brought to the Utrecht meeting.

Now in its second printing, “Notre Corps, Notre Sante” serves 21 francophone countries as well as immigrant communities. It is distributed for free to schools, health centers and women’s groups, and translated into local dialects for wider use and accessibility.

We can learn so much from “Notre Corps, Notre Sante.” Its authors urge African women to value and care for themselves in the context of economic, political and religious issues that affect their lives. Addressing society’s attitudes toward health and sexuality, the book describes how women’s bodies are used, taken care of, dressed, and violated.

While emphasizing women’s strengths, each chapter addresses oppressive and harmful practices and beliefs. The list is long. Some examples: Women, as the prime caretakers of their communities, must care for others; they are not “allowed” to be ill. In general, they belong to fathers, husbands or uncles, and young women rank low in the social hierarchy of power. Over half of them end up marrying and becoming mothers by age 17. It is desirable to be fat, since thinness is associated with poverty and AIDS. Young women age 15 to 19 are most afflicted by HIV/AIDS (an insidious myth exists that a man infected with AIDs needs to have sex with a virgin to purify himself). And, as a result of colonization, many women seek “whiteness,” whitening their skin with bleach, which can cause skin cancer and kidney problems. 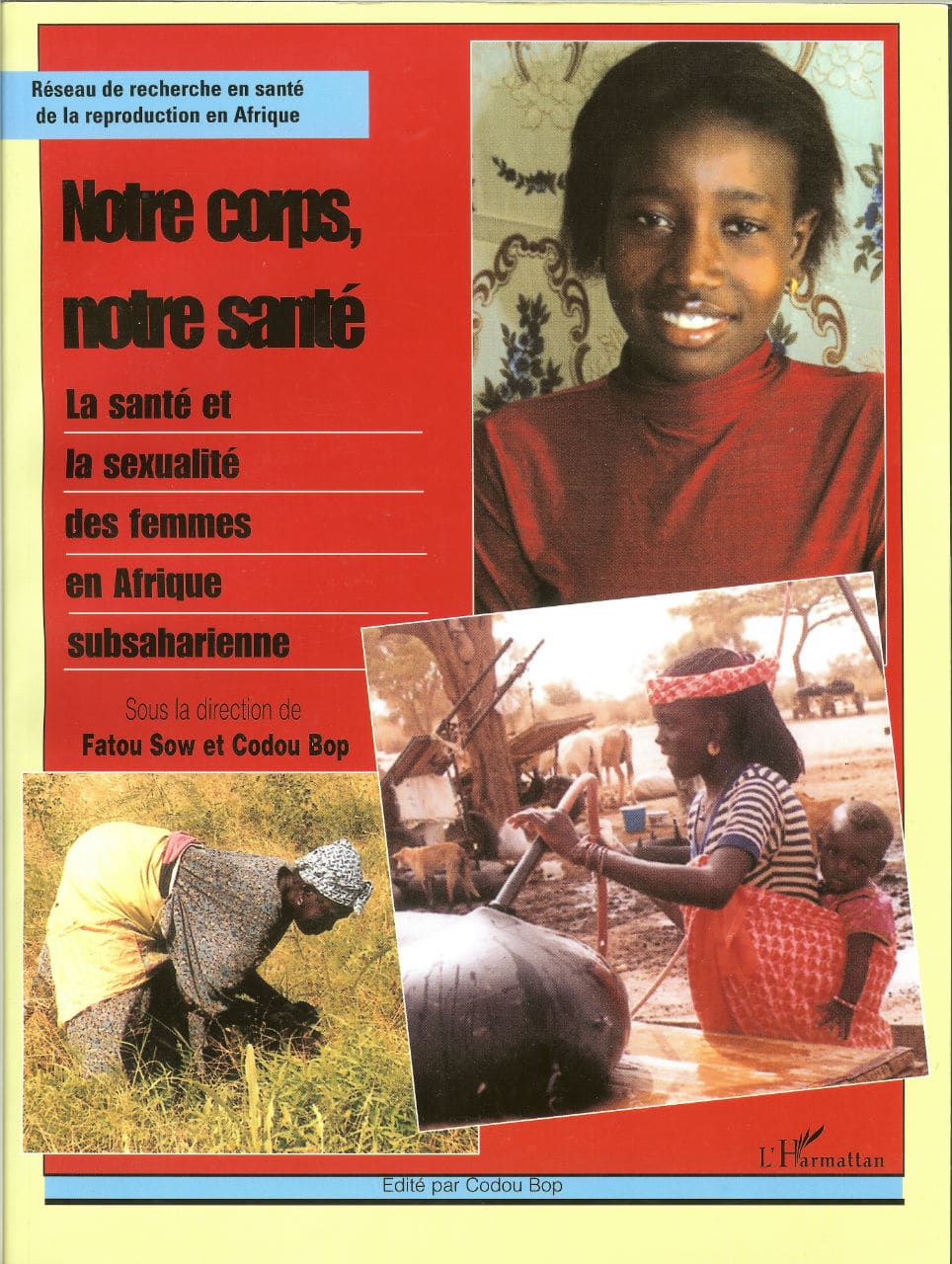 In Senegal, laws beneficial to women exist but are not enforced. Women have little or no access to health care, land, jobs or schooling. Increasingly, religious fundamentalist beliefs stand in the way of their achieving health information and human rights. Women and families feel these privations keenly in their everyday lives.

GREFELS and its partners aim to change the behavior of institutions and rural communities to prevent disempowerment and violence against women.

Take, for example, the practice of female genital mutilation, which was banned in 1999 under the Senegalese penal code but persists, resulting in nearly 700,000 girls being circumcised each year. GREFELS educates girls about the risks and dangers of FGM, provides a network of support so they can protect themselves, and aggressively advocates to eliminate the practice altogether.

I love Codou and admire her strong spirit and her dedication. Traveling constantly throughout the world, she represents not only GREFELS but lives out her own keenly held beliefs in women’s powers and in the necessity of fighting to maintain them.

For those of you attending the 40th anniversary symposium, I hope you will meet Codou and speak with her about her efforts and the work of GREFELS.

Jane Pincus is a co-founder of Our Bodies Ourselves and co-writer and co-editor of previous “Our Bodies, Ourselves” editions. She is also a women’s health activist, artist, writer, editor, singer, horseback rider, Ed’s wife for 51 years, Sami and Ben’s mother, and Jordan, Caleb and Kai’s grandmother.