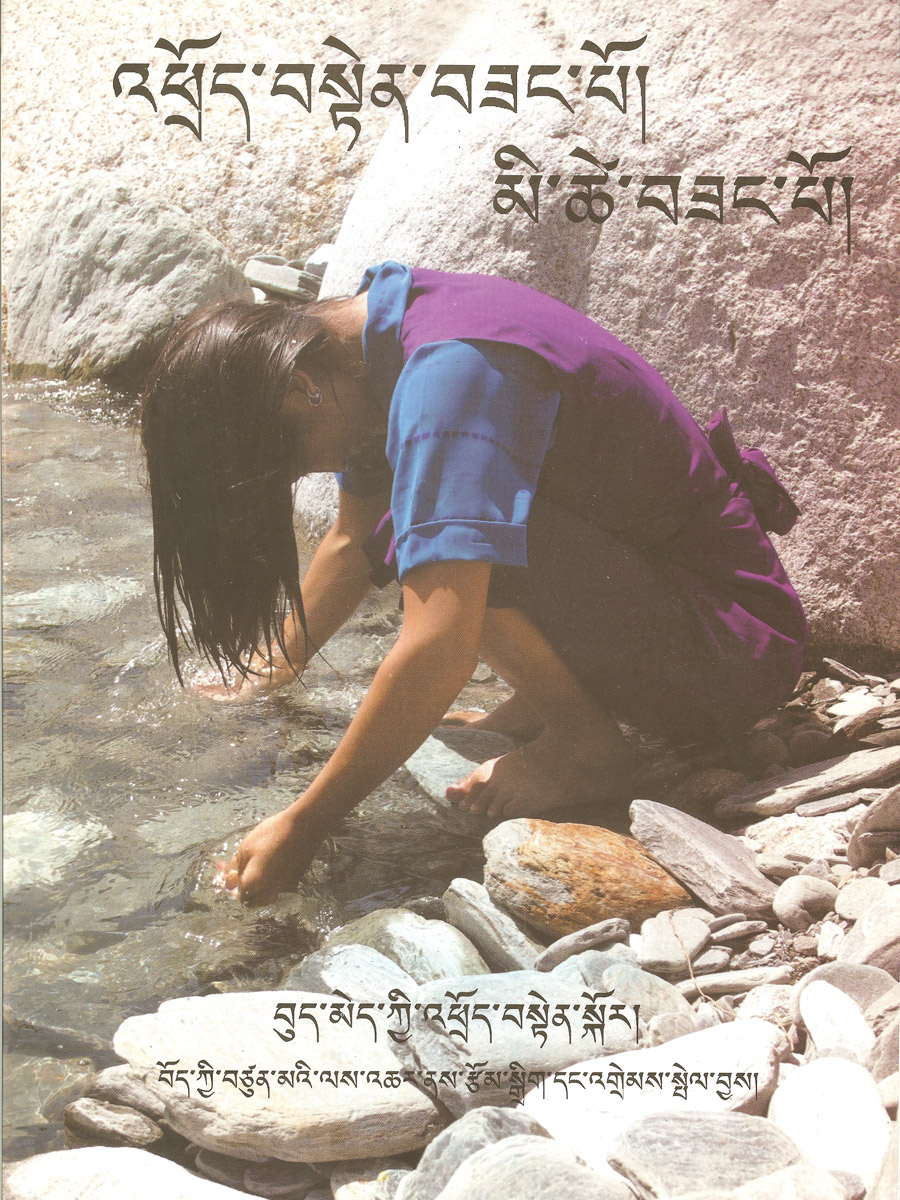 The Dalai Lama wrote the foreword (in English), affirming the book’s value from a health and cultural standpoint.

The text addresses the needs of Tibetan nun refugees in India, with substantial original content on such topics as hygiene, nutrition, pregnancy and childbirth, domestic violence and specific occupational hazards faced by Tibetan women living in exile.

It draws from another known resource, “Where Women Have No Doctor,” published by the Hesperian Foundation in the United States.

The initial impetus for a Tibetan adaptation of Our Bodies, Ourselves came from a lack of comprehensive reproductive health information among Tibetan Buddhist nuns in Dharamshala, located in the foothills of the Himalayas and home to the Dalai Lama and the Tibetan Government in Exile.“By carefully employing Tibetan scientific and medical terminology, the book makes a valuable addition to the growing body of modern Tibetan literature that strives to preserve the Tibetan language and extend its use in all fields of knowledge.”
– Dalai Lama

The book was ultimately developed for all Tibetan and ethnically Tibetan women in Nepal, India, Bhutan and Tibet, after OBOS colleague Marlies Bosch facilitated a series of workshops with the nuns on body awareness and the most pressing issues faced by their community. The Global Fund for Women provided support. Marlies has continued to work on the rising sexual violence against nuns. She uses “Healthy Body, Healthy Mind” as an educational tool and encourages women and men in the community to use it as a resource at home.

In 2007, the OBOS Global Initiative conducted a pilot evaluation to understand the book’s impact in Dharamshala and Ladakh (situated in the northern most corner of the Indian sub-continent, between Pakistan and Tibet). Using a range of evaluation and interview tools, this assessment provided a critical understanding of the process used to develop the book, and its reach and use in some of the most remote regions of the world.

How to Obtain Copies

For information on obtaining copies of the Tibetan adaptation, please contact the Tibetan Nuns Project: tnpindia [AT] sancharnet.in

Copies are also available for purchase from Paljor Publications, a publisher and distributor that specializes in books related to Tibet and the Tibetan communities.

Read the foreword (in English)

The Tibetan Nuns Project (TNP) has served the Tibetan community exiled in India for more than two decades. Tibetans have been fleeing their homeland since Chinese occupation in 1959. Today, there are an estimated 130,000 Tibetans living in exile around the world, roughly 85,000 of whom live in India among 35 official Tibetan settlements.

The Tibetan adaptation of Our Bodies, Ourselves is a key information tool, used by TNP and local allies in health trainings at nunneries, schools, hospitals, community health centers, women’s organizations, and religious and political groups across the region. This ranges from organizations that serve poor/displaced women in slums, to those that train young women to become home-care attendants.

In 2014, hundreds of copies of the Tibetan and English “Healthy Body, Healthy Mind” were distributed to remote nunneries in Zangskar, in Ladakh. TNP also organized workshops on sexuality and celibacy for nuns in the community, to equip them with information and skills in response to rising rates of sexual violence.

“Healthy Body, Healthy Mind” has been a vital educational tool in these conversations; most of the participants started their journey with the nunneries as 5-year-olds and have lacked access to evidence-based information on their health and human rights.

For more information on Marlies Bosch and her work with TNP and the Tibetan community, visit her website.