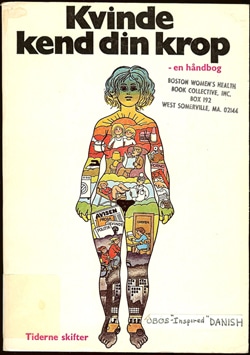 K. Vinders Fond is also behind the the photo booth project Kussomat, a creative and daring response to negative perceptions of women’s bodies. The project invites women over age 18 to take photos of their genitals in a specially designed booth; the photos are then posted in an online collection that celebrates the diversity of female genitalia.

The project launched in celebration of International Women’s Day March 8, 2011 at the Goethe Institute in Copenhagen. Read an interview with Beate Detlefs (in English), a member of the K.Vinders Fond, about the Kussomat.