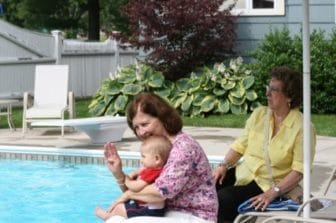 Recently, I lost my grandmother after a period of failing health. She passed away in hospice care, in the hospital surrounded by family and friends. I have always believed that it is in times such as those that people’s true character is seen, and it was during this time that I came to know my own mother as a health hero in every sense of the word.

My grandmother who passed away was my mom’s mother-in-law; however, I believe my mother was more like a daughter than a daughter-in-law to her. Being married to her son, my mother was welcomed into the family by my grandmother, who herself was widowed with five children to raise on her own during the 1960s. Both women — strong, resilient and kind — exemplify the kind of woman I strive to be every day. I am incredibly proud of both my grandmother and my mother, and I feel this nomination as a women’s health hero does not begin to adequately thank my mother for all she done, for me and for my family. I am truly honored to be her daughter.

My mother is many things. She is a nurse, she is a daughter, she is a sister, she is a grandmother, she is a friend, she is a caretaker, and most importantly, she is my hero. She is someone who cares for others whenever they are alone and in need. She is the kind of woman who will simply sit with someone as they die, so they are not alone. She is kind, comforting, caring, selfless, and incredibly strong. She is the kind of woman deserving of the title of health hero, for herself and on behalf of mothers everywhere.