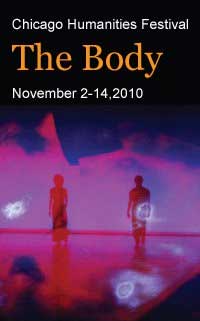 The Chicago Humanities Festival continues tonight with Our Bodies Ourselves Executive Director Judy Norsigian, who will give the Doris Conant Lecture on Women and Culture at 6 p.m. at the Francis W. Parker School (2233 N Clark Street).

Here’s the summary of her talk, which will include discussion of reproductive technologies and cosmetic surgeries:

In her current advocacy efforts, Norsigian seeks to help women navigate the intersections of technology and health to better understand controversies surrounding genetics research, medications, fertility, and other areas that affect women’s health. She discusses the pros and cons of selected technological breakthroughs in the field of women’s health and how the complexities of our modern healthcare system sometimes mitigate against the use of established best practices.

Matti Bunzl, professor of anthropology at University of Illinois at Urbana-Champaign, has been blogging about the process of putting together the 2010 Chicago Humanities Festival and the threads that connect the speakers to this year’s theme: The Body.

With more than 90 related programs taking place over a two-week period, the festival invited authors, choreographers, economists, athletes, spoken-word artists, philosophers and neuroscientists to weigh in on the body politic, the body as machine, and the body and soul.

Here Bunzl explains how he and his colleague Rebecca Stumpf, a primatologist, came up with the idea of inviting Judy to take part:

A couple of years ago, Becky and I were having lunch – and as we were telling each other about our respective research, we realized that, our different methodologies notwithstanding, we were ultimately interested in very similar questions. I had undertaken work on lesbians and gays in an effort to understand contemporary transformations of human sexuality. Becky, too, was interested in the topic. In particular, she was trying to reconstruct the gender dynamics in the evolution of human sexuality. In the field, Becky had paid particular attention to female chimps, observing their mate choices and trying to ascertain whether they had sexual agency. Ultimately, we both tried to understand what is and isn’t “natural” when it comes to sexuality.

Here is the beauty of being an academic: as we were talking, we both had the same thought – why don’t we teach a course together? And that’s what we did.

We have now taught Sex in Nature and Culture twice […]  Becky and I were teaching our course this past spring when the possibility arose of inviting Judy Norsigian to the CHF. I mentioned it in class, and Becky’s eyes immediately lit up. To her, Our Bodies Ourselves is a key reference point and one that had a direct impact on her own decision to pursue research with implications for women’s health issues.

Read his previous posts about  author and Colby College English professor Jennifer Finney Boylan, who spoke last weekend on “A Life in Two Genders,” and Ania Loomba, a University of Pennsylvania English professor and leading Shakespeare expert who focuses on race and colonialism. Loomba is scheduled to speak on Saturday afternoon about “Shakespeare and the Black Body.”

Earlier on Saturday, there’s a panel on “Reproductive Rights: Politics and Ethics in the Abortion Debate,” featuring Yale Law School professor Reva Siegel, who will first discuss her book “Before Roe v. Wade,” an analysis of arguments that influenced the Supreme Court’s landmark 1973 decision.

If you want to learn one awesome new thing today about bodies, read Dreger’s response to a 15-year-old girl worried about the size of her clit. Brilliant.

Hope to see you tonight!