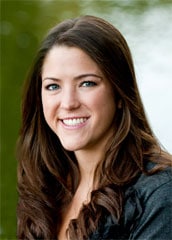 “So, when am I going to get a grandbaby?”

We have not even been married a month and already my mother-in-law has begun peppering my husband and me with this loaded question.

Babies are still the furthest thing from my mind. I moved to Cambridge with big dreams of pursuing a master’s degree and then plowing onward toward doctoral studies. I know very few people who attempt graduate studies and motherhood simultaneously, and for me the former currently takes precedent over the latter.

Besides the occasional prodding from my family, I rarely think about becoming a mother — that is, until I happened to read a startling headline on the JAMA Forum that caught my attention: “Transforming the Costly Travesty of U.S. Maternity Care.”

My curiosity was piqued; while I knew there are problems in the healthcare system, I was unaware that maternity care in particular was suffering a “travesty.”

The article by Dr. Diana Mason begins by ranking the United States as 46th in the world on maternal mortality “with a rate that has doubled since 1987 and is twice that of 31 other nations.” I was shocked.

The fact that the United States could be so far behind other countries was disturbing, but even more troubling was my ignorance on this issue. How did I not know this? Why are we not all discussing the quality of maternity care?

Moreover, how could this be? — especially given the fact that maternal and newborn care is also the most costly reason for hospitalization in the United States.

My brain attempted to process this debacle. We are paying too much for maternal-newborn care without meeting the same standards of quality of many other countries in the world.

Even though pregnant women in America comprise “a largely healthy population that needs few procedures or technological interventions,” writes Mason, the system is set up to encourage unnecessary procedures, such as cesarean sections — “now the most common operating room procedure in the United States” — despite the fact that normal vaginal births cost 30 percent less.

Suddenly “travesty” did not seem such a stretch.

The goal of Mason’s article is to develop ways of improving maternal-newborn care while also reducing costs, which she believes can be done by shifting to the midwifery model of care. I admit hearing the term “midwifery” instantly conjured images of the Middle Ages for me, but in reality midwives still play prominent roles around the world, and in the United States there is a push to expand midwifery services.

There are now 250 birth centers that follow the model that “maternity services should be provided by certified and licensed midwives and family physicians,” while obstetricians should be reserved for “high-risk pregnancies.”

Maternity care at these facilities could be a much more cost effective option than hospitals if health insurance companies and Medicaid were required to pay “birth centers at 100% of the rate of hospitals for the same or equivalent codes, such as for normal vaginal deliveries,” writes Mason. Families have difficulty taking advantage of what would be a cheaper option because their insurance does not cover deliveries by family physicians or midwives.

As I absorbed this article, a deeper concern struck: The transformation that Mason envisions must also encompass the American way of thinking about maternity care. Instead of viewing the professional provider as the one who delivers a mother’s newborn, the midwifery framework holds that the mother gives birth “with the support of the professional” and “with physician and hospital back-up as needed.”

But this can only happen after improving insurance and Medicaid coverage, implementing policies that allow women to choose among these options, and ensuring that midwives receive the education and protection they need, as Mason writes, to “practice to the full extent of their training.” Only by tackling the factors Mason raises can we ensure that women have the full range of choices they need to get the maternity care that is right for them and their family.

When, or even if, my husband and I decide to have children, it is a choice that we get to make when it is right for us — despite my mother-in-law’s best attempts at interference. When we have so many choices ahead of us in life, it seems obvious that we should also have options of where and how to receive maternity care.

I am now joining the ranks of those who want to make the transformation of U.S. maternity care a reality.

Anna Fett is a master of theological studies candidate at Harvard Divinity School with a focus in women and gender studies as well as Islamic studies. She will graduate in May 2014.