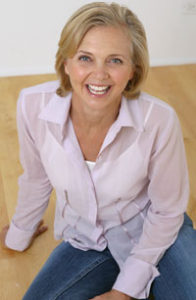 I nominate Carol Ciancutti as a Women’s Health Hero for the 2010 Our Bodies, Ourselves Women’s Health Heroes awards. She is the director of “Absolutely Safe,” a documentary exploring the safety of breast implants in the United States.

Ms. Ciancutti has a personal connection to her project, as she believes silicone breast implants contributed to her mother’s decline in health. According to the documentary’s website, “Absolutely Safe” does not set out to prove that all breast implants are harmful to women, but rather it explores both sides of the argument and puts forth all information pertaining to the safety of implants.

I admire Ms. Ciancutti’s bravery to question implant safety in the United States. I admire her conviction to question what we have been told about breast implant safety by medical professionals, plastic surgeons, and those set to profit from breast augmentations.

I believe that women deserve to know whether there is a possibility that breast implants could be harmful to their health, and Ms. Ciancutti is making great strides in creating a new discourse surrounding the absoluteness of breast implant safety.

While some women in the film are excited about their upcoming surgery, others share their negative experience with breast implants, as the women explain how they felt sick after getting implants, and how their health has steadily declined. Many of the women believe that their implants have been detrimental to their health.

“Absolutely Safe” explores these issues and speaks with doctors and advocates on both sides of the argument. I nominate Ms. Ciancutti for her advocacy on behalf of women everywhere.