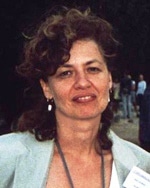 The Women’s Health Initiative in Bulgaria (WHIBG) published a Bulgarian adaptation of “Our Bodies, Ourselves” in 2001, with support from the Open Society Institute and Global Fund for Women.

In the years following its publication, we have used the book as a base for discussions in many seminars in community centers (or “Chitalishte”) across the country, as well as in other outreach activities with women’s groups in small towns and villages. These seminars have been met with great interest and support.

Some of the women’s health topics on which we focus are health disparities, particularly in relation to cervical cancer, cervical cancer prevention, and infertility/assisted reproductive technologies. Our outreach and health promotion activities are based on extensive quantitative and qualitative research that our associates conduct in Eastern Europe.

Though Bulgaria sustained a regular screening program from the 1970s until the late 1980s, this program was discontinued when the healthcare system underwent restructuring during the nation’s transitional period. The results vividly illustrate the effects of the rapid dismantling of the existing healthcare system on women’s health and mortality. Screening is currently conducted on an ad hoc, opportunistic basis. Rather than making PAP tests part of a preventive program, they are usually done as part of exams for other purposes.

Women are facing structural barriers, which limit motivation and access. In a nationally representative study we conducted with women age 20 to 65, we found that relatively few women (46 percent) have ever had a Pap test. Socioeconomic conditions were related to the extent to which the women reported facing healthcare system barriers to screening (difficulties in access, transportation, price, communication with providers, etc.).

More recently, there have been initiatives by the Ministry of Health to develop contemporary strategies to reduce mortality from cervical cancer. So far, the process has been slow. However, our associates have been conducting health promotion activities. They are also providing policy recommendations and participating in Parliamentary and Ministry of Health working groups to develop successful prevention strategies and programs.

Irina Tordorova is a health psychologist and professor at the Center for Population Health and Health Disparities at Northeastern University. She is also past president of the European Health Psychology Society (EHPS) and EHPS representative to the United Nations. She co-founded the Women’s Health Initiative in Bulgaria, which published a Bulgarian adaptation of “Our Bodies, Ourselves” in 2001.